Nebraska native Denny Brauer left a career as a brick mason to uproot his family to Missouri to chase his dream of becoming a professional angler, and went on to become the most notable flipper and pitcher in bass fishing history. Building on the legacy of innovators like 2007 inductee Dee Thomas, Brauer went on to reach the pinnacle of the sport, earning not just Bassmaster and FLW Angler of the Year titles but also the 1998 Bassmaster Classic trophy.

After being introduced to a copy of Bassmaster Magazine by a co-worker, Brauer started competing with the Blue Valley Bass Club of Seward Nebraska, and worked himself up through the ranks of the B.A.S.S. Nation. Two years after he competed in the 1978 B.A.S.S. Nation Championship in Alabama, the professional circuit visited his adopted home waters, the Lake of the Ozarks, and he decided to enter. The resulting 20th place finish and $1,000 check were the gateway to a career that spanned the better four decades and left an indelible impression on the rise of one of the sport’s most deadly techniques.

Lake of the Ozarks played a crucial role in his success. The lake was extremely fertile in the 1980s and offered a wide variety of cover and structure, but its countless boat docks were of particular note – they led him to become a proficient and devoted jig flipper, which became his calling card. He guided both there and on the newly-impounded Truman Reservoir and built up an encyclopedia of techniques and trips through his hours on the water. 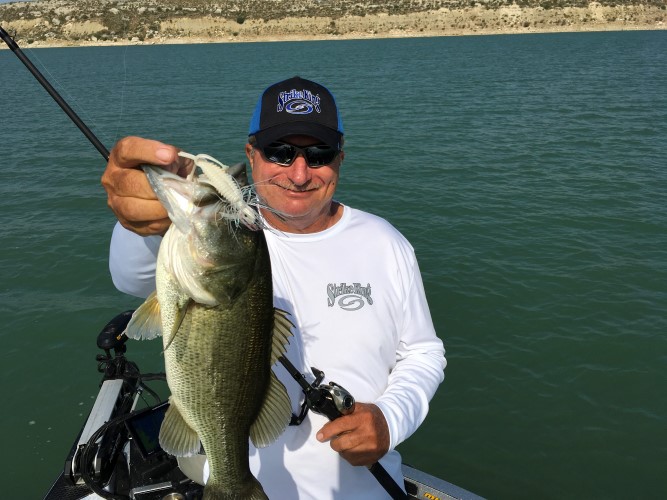 Brauer went on to win 17 B.A.S.S. tournaments, the first in 1984 and the last in 2011, on the way to accumulating over $2.5 million dollars in earnings from that circuit. Those victories included not just regular season events, but also the 1987 Super Invitational on Kentucky Lake, the 1992 Megabucks on Guntersville, the 1993 SuperStars on the Illinois River, and of course the 1998 Bassmaster Classic on High Rock Lake. He competed in a total of 21 Classics, and finished in the top 10 in eight of them. During his Classic victory he factored in the knowledge that spectator traffic might hinder his shallow water flipping pattern and specifically sought out areas where boat traffic and boat wakes would not impact his targets.

In addition to B.A.S.S. events, Brauer also fished all or part of seven FLW Tour seasons, qualifying for five Forrest Wood Cups, and adding another quarter of a million dollars to his career earnings. The same year that he won the Classic he also won the FLW Tour Angler of the Year award, and became the first angler to be featured on the Wheaties cereal box, joining other champions including Michael Jordan and Tiger Woods.

Long after his time on the FLW Tour ended in 2003, he continued to compete in FLW Outdoors events, mostly in Texas, and in 2014 he won a Toyota Series tournament on Toledo Bend, beating a best-of-the-best field of local and national talent.

His success made him a polished and highly-desirable seminar speaker, and also led to two appearances on the The David Letterman Show. On the first one, he was there with Ozzy Osbourne and proceeded to give the rock and roll legend an impromptu casting lessons on a New York City street. He was also the host of a popular show called The Bass Class on ESPN2.

Over the course of his lengthy career, Brauer developed numerous long-term sponsor relationships, most notably with Ranger Boats and Strike King Lure Company, and his name was affixed to countless “signature” products. His Bassmaster Classic victory was instrumental in introducing the flipping tube to a wide audience – before that it had been a closely-guarded secret of a handful of pros.

He also raised a fellow B.A.S.S. champion. His son Chad qualified for three Bassmaster Classics and won a 1996 Bassmaster Top 100 on Old Hickory Lake and a 2010 Bassmaster Central Open on the Red River.

Denny Brauer was inducted into the Bass Fishing Hall of Fame in 2002.

Read more from Denny: he explains how to avoid baitcaster backlash. 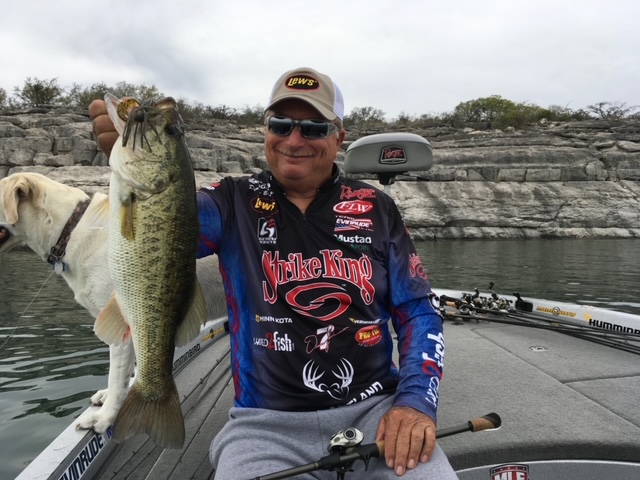 Lew's products are without a doubt the best I have ever used. I average 5 days a week on the water chasing big bass in heavy cover and have never had a single issue. If they hold up to my use they will for you. Love my Lew's.