“I’ve got to cash checks regularly when I fish the Elites to show consistency,” Talley said. “I want to finish in the top 20 in the Angler of the Year and qualify for my second Classic.”

If Talley meets his goals, he believes he will have more success getting financial help from sponsors than he did for his rookie season. He wasn’t a certified Elite Series qualifier until after the Bassmaster Open Championship on Missouri’s Table Rock Lake in mid October of 2018. By that time, most companies had already allocated their promotional monies for 2019, Talley found.

“If I do what I need to do on the Elites next year, I’ll have more time to secure sponsorships for 2020,” Talley said. 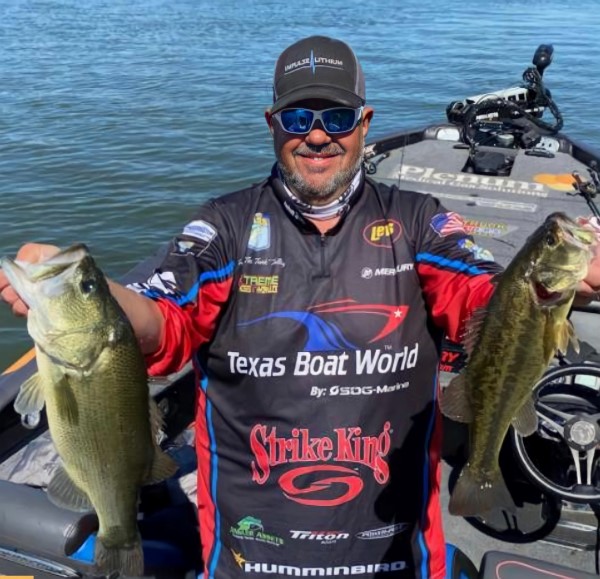 Before signing up to fish the 2018 Bass Pro Shops Bassmaster Central Opens, Talley had never competed in an FLW or Bassmaster tournament.

In three of the four Central Opens qualifying events in 2018, Talley made the top 12 cut, finishing sixth at Ross Barnett, 12th at the Arkansas River and fourth at Logan Martin. He barely missed a check at the Red River, landing in 44th place. Going into the Bassmaster Opens Championship at Table Rock, Talley was perched atop the Central Opens AOY standings.

Given Talley’s 32-point lead over the fourth place angler, he needed to catch only one bass at the Championship to finish among the top three in the Central Opens point standings. He had no problem accomplishing this task, which earned him berths to the 2019 Classic and to the 2019 Elite Series.

With only five Bassmaster Open tournaments under his belt, Talley has pocketed $35,548 in winnings. He didn’t just drop out of the blue, it’s as if he descended from Mars. How does someone who has no big-time tournament experience vault to Elite status practically overnight?

The reality is that Talley has been a bass addict since he fished his first tournament with his father, Frank, at age 6. Growing up in California, Talley and his dad competed in tournaments across the state, as well as Havasu in Arizona and Mead in Nevada.

“My dad was well-known,” Talley said. “We fished tournaments that drew guys like John Murray, Rich Tauber and Mike Folkestad. We fished against Aaron Martens and his mom for years in California.”

Spinnerbaits and crankbaits were primary lures for the young Talley, and he was able to cast them proficiently with baitcasting tackle from age 5.

“Guys would see me casting and pull over to ask how old I was,” Talley said. “They would just stop fishing and watch me. They couldn’t believe I could cast without backlashing. I think I backlash now more than I did then.”

Talley fished tournaments with his father until he graduated from Diamond Bar High School and moved to Texas to attend Texas State Tech in Waco. His older brother, Rich, lived nearby and they often joined forces to fish tournaments on lakes near Waco. The power fishing techniques Talley learned in California served him well in Texas.

After graduating with a degree in occupational health and safety, Talley took a job as a production manager at mobile home plant. Two years later he married “my beautiful wife Christy” and they have been together for the past 21 years. Their twins put Talley’s dream of becoming a bass pro on hold.

“I wanted to make sure I was there for my kids, coaching them in softball, football and baseball,” Talley said.

In 2002 Frank Talley IV came along, which took any thought of pursuing a pro bass career off the table. Frank IV is now 15 and Talley has been there to coach him through Little League Baseball and Pee Wee Football.

During these years Talley competed in local tournaments and strived to stay abreast of bass fishing advancements, especially in electronics. He spent countless hours on the water experimenting with down and side imaging and learning how to fish deep.

“I still count myself as a shallow-water fisherman, but I can catch them deep if I have to,” Talley said.

Six years ago Talley and his wife took a momentous financial risk. They sold their house and invested the money in a new business, Extreme Hoses & Hydraulics in Temple, Texas. The sink-or-swim gamble paid off and Talley now has the satisfaction of being his own boss.

In 2017 Talley’s wife and children held an intervention of sorts with him. They informed him that it was his turn. Now that Frank IV was about to be working with coaches in high school, he told his father, “Now’s the time to pursue the dream you’ve put on hold for 25 years.”

Talley’s wife confirmed this with a wink and Talley signed on to fish the 2018 Bassmaster Central Opens. His family came to every one of his Central Open weigh-ins and Talley gave them plenty to cheer about. When he fishes the Elite Series his wife will fly out to support him whenever he advances to Day

“I’m not looking forward to missing some of my son’s ball games,” Talley said. “Christy will FaceTime me so I can see some of them.”

Talley credits the support from his family for his success.

“My family comes first and foremost,” Talley said. “When I know everything at home is good I can fish levelheaded. I’m wanting to show consistency and versatility when I fish the Elite Series. I look forward to trying to do this for the next 10 or 12 years.”

Read more about Frank's win on Guntersville in 2020. 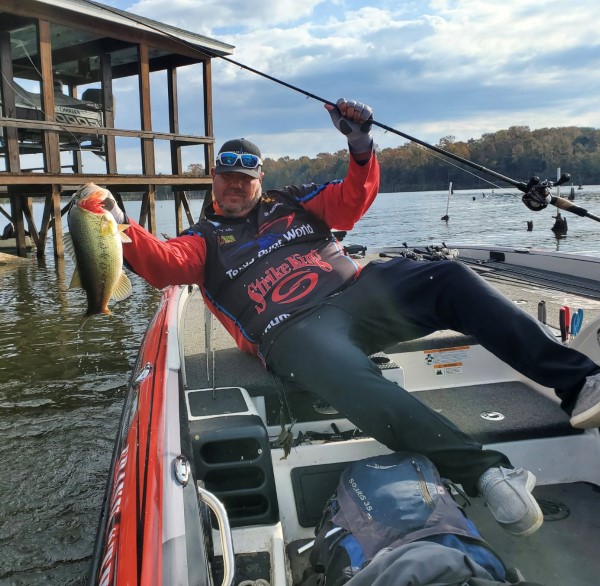