Lew's® has officially launched a program to help organizations that support veterans in their return to life after military service.

SPRINGFIELD, MO. (Oct. 3, 2013) - Lew's® has officially launched its American Hero® Speed Stick® rod series out of genuine respect for America's military veterans and with a sincere promise to never forget them.

American Hero® is more than just a product line though. It is a program that Lew's developed as a way to help organizations that support veterans in their return to life after military service, and especially those organizations that use fishing as part of the transitional process. American Hero® has already provided fishing gear support to a few such groups, including FOCUS Marines Foundation, Reel American Heroes Foundation and Operation HOOAH. 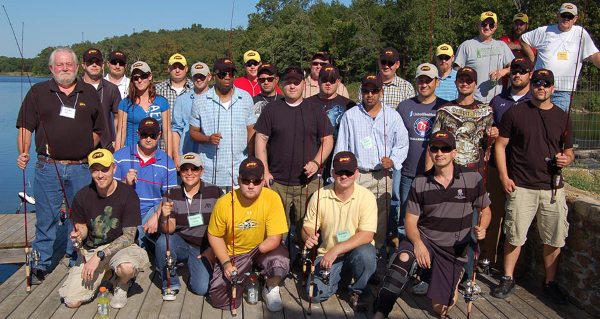 
Lew's CEO Lynn Reeves says his company's decision to give back to veterans is probably the easiest one his management team has ever made.

"We have an obligation to those who have served our country, and this is one small way that the folks at our company can say 'thank you,'" he explained. "I can promise you there is no marketing-driven agenda behind American Hero® ... our intentions are truly based on wanting to help veterans get an opportunity to enjoy some of the same activities that we have been participating in while they've been on duty, such as fishing.

"As many of us who fish recreationally already know, there's nothing like being in the neutral setting of the great outdoors with family and friends, and having a rod and reel in hand, to refresh the mind and soul."

A portion of the profits from the sale of American Hero® and other specially identified Lew's products go into a budget line item for the program. Company officials review rod and reel requests from organizations, mostly focusing on those groups that provide assistance to veterans with health concerns.

Steve Kokai, a veteran who also works in the fishing industry, originally owned and trademarked the American Hero® brand.

"It was during an unrelated phone visit with Steve that I realized he and Lew's shared a similar vision as to what American Hero® was all about," said Gary Remensnyder, Lew's president. "It wasn't long after that he graciously made the brand available to our company. Steve is active in programs like the Reel American Heroes Foundation of Virginia that helps wounded warriors and veterans of all services, and we consider him a valued ally in our efforts to provide meaningful support to such organizations. We couldn't have a better name than American Hero® for this initiative."

During the same timeframe as the Kokai discussions, the Missouri-headquartered FOCUS Marines Foundation and Lew's crossed paths. Part of the foundation's regular class structure included a fishing activity on a private lake, for which they needed rods and reels. Lew's was ready to help with this program that assists Marine veterans and Navy corpsmen who are having difficulty in returning to civilian life.

Therefore, it seemed only appropriate that Kokai and Isaac Saldivar, a Marine veteran and FOCUS Marines student, were both present in the Lew's booth at ICAST 2013 in Las Vegas last July when Lew's announced its plans for the American Hero® series and program. 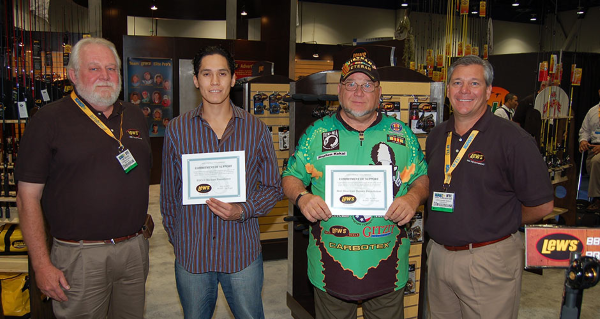 At the gathering, Saldivar told the group that the fishing outing at FOCUS was the activity that "brought smiles and laughter" to the entire class.

Other FOCUS stories have also since been shared by the foundation. One is from marine Yasmin Garay, who e-mailed class officials after returning home. Her note told about how she had taken a niece and nephew fishing with the Lew's rod and reel she had received at class, and how her 14-year old nephew said, "You seem alive ... not that you were dead before, but it seemed like it." Her note went on to explain it was a real eye-opener as to where she had been in her life and a motivator to "fix it."

Last month, Garay received a rare invitation to attend the FOCUS class again and made the return. This time she and Reeves came face to face lakeside during the fishing event. It was an emotional exchange for both as she shared again her family fishing experience, and told him that she has a whole new perspective on life as a result. She followed that with, "thank you."

"Without a doubt, fishing is one of the favorite class activities here," said FOCUS Marines Foundation Vice President Ted Kretschmar. "We literally watch it lift a burden from the shoulders and minds of many as they change the focus from whatever their personal concerns might be to instead trying to catch what swims in our lake. The buzzing of excitement continues into dinner that night and beyond.

"Lew's donation of rods and reels is a great help in the healing process of our students who attend our classes."

Operation HOOAH (Healing Outside Of A Hospital) is administered by Southern Fishing News and brings 101st Airborne Division wounded warriors to north Alabama for a quality fishing experience with guides. Lew's has also assisted that outing with tackle donations.

"Reel American Heroes, FOCUS Marines and Operation HOOAH are just three of what I'm sure are a few hundred organizations dedicated to helping veterans through fishing, and we're pleased to have been able to help each in recent efforts," Remensnyder said. "We know we can't help all groups every year, but we're sincere in wanting to do as much as we can. American Hero® gives us the means for providing support.

The current American Hero® product series consists of seven models of rods, including casting and spinning versions. They feature quality IM6 graphite blanks with stainless steel guides and inserts. Handles are EVA split grips, with blanks exposed through the reel seat for added sensitivity. The rods are attractive with their black blanks, shiny stainless guides and colorful red, white and blue American Hero® logo. Each model sells for around $69.99 each. They are available now at fishing tackle retailers across he country.

The American Hero® product series currently consists of seven models of rods, casting and spinning, featuring quality IM6 graphite blanks with stainless steel guides and the red, white and blue American Hero® logo. A portion of the profits from the sale of American Hero® rods and other select Lew's products are used to support organizations that assist veterans, especially through fishing.

The current American Hero® product series consists of seven models of rods, including casting and spinning versions. They feature quality IM6 graphite blanks with stainless steel guides and inserts. Handles are EVA split grips, with blanks exposed through the reel seat for added sensitivity. The rods are attractive with their black blanks, shiny stainless guides and colorful red, white and blue American Hero® logo. Each model sells for around $69.99 each. They are available now at fishing tackle retailers across the country.

We promise to never forget nor take for granted, the service of our American veterans who have given unselfishly during their time of duty so that all who please, can enjoy their favorite activities in the great outdoors of this free country.

While a sincere thank you will always be on our lips, it is from our hearts that we pledge a portion of our profits to help with select programs that benefit the mind, spirit, soul and body of these American Heroes so that they too can experience the same enjoyment outdoors. With the purchase of this Lew's item, you are contributing to our support of these heroes.